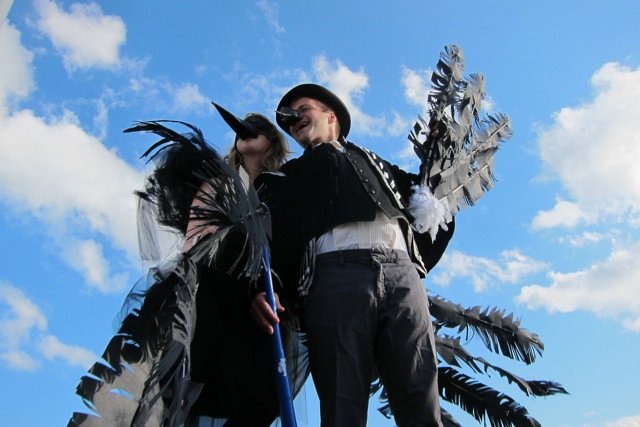 A public procession and performance for Art in the Open, August 2011.
Created during a week-long studio residency in collaboration with Jamie Shannon & Harmony Wagner, the Crow Parade encouraged humans to transform themselves into crows by donning feathery costumes and black beaked masks, and fly through the streets of Charlottetown in a marvelously macabre procession, culminating at the Victoria Park battery. Over the course of the week, Jamie, Harmony and I created large-scale puppets and costumes, and led public costume making workshops. We then led the parade of “crows” through the city, cawing and cackling all the way.

The Crow Parade has since become an annual event at Art in the Open that gathers hundreds (hundreds!) of costumed crow people to parade through the streets of Charlottetown. 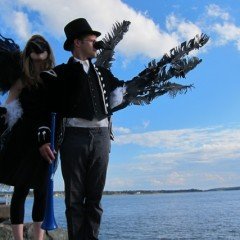 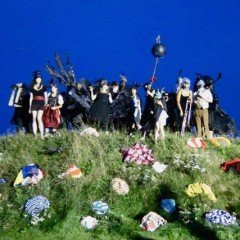 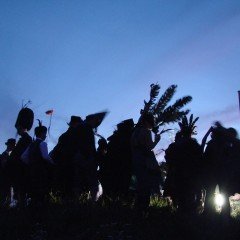 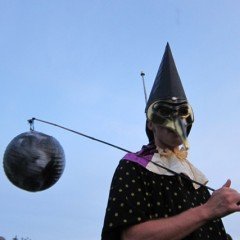 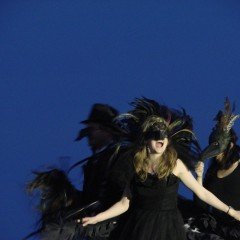 Interactive, creative, & those bloody crows
“The bloody crows were everywhere. Sinister, glorious and cawing awfully, they emerged from the belly of the Confederation Centre of the Arts to provoke and preen for the people of Charlottetown. Some had splendid beaks; others trundled over sidewalks on large, rubbery toes. They threaded through the crowd on Richmond Street, owned the boardwalk towards Government House, and perched triumphantly atop the battery at Victoria Park. The crows’ performance surfaced our city’s conflicted relationship with the dark, scavenging, raucous birds, just as the Art in the Open extravaganza surfaced the dynamic, multi-disciplinary artistic and creative force at work in Charlottetown’s capital.”