The Builders Opens This Week!

Less than a week away from the opening of The Builders! The past month has brought many exciting changes and improvements to the show. We switched our venue from a standard black box theatre into the visual arts studio in the basement of Woodwards; a rougher, rawer space that gave us the ability to work and transform the space in an expansive, long-term way. Once we were given the go-ahead that we could perform in the Vis Arts Studio, the creative process changed dramatically. With basically a blank canvas in front of us, the final month of rehearsals became a game. The rules were simple – you had to claim your space by altering or transforming it with your materials, you could claim as much space as you wanted through these alterations, and you could work at any time and could expand in any direction, and the person who claimed the most space would win a substantial prize (the winner has yet to be named – I’ll wait until after the run). And since those new rules were laid out, the Visual Arts Studio has been completely transformed… 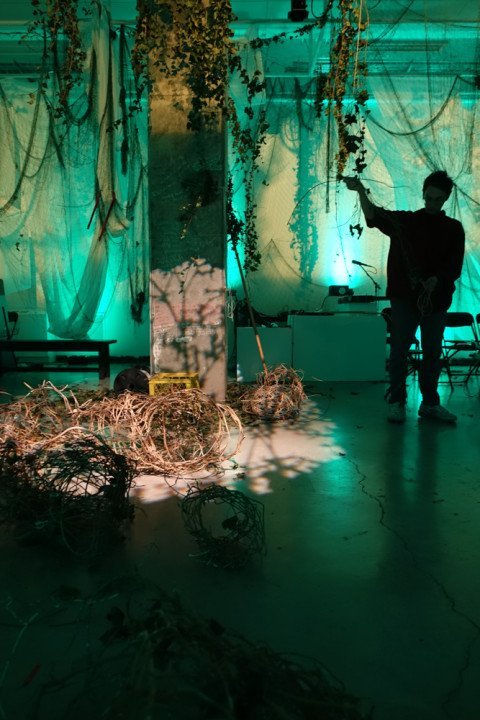 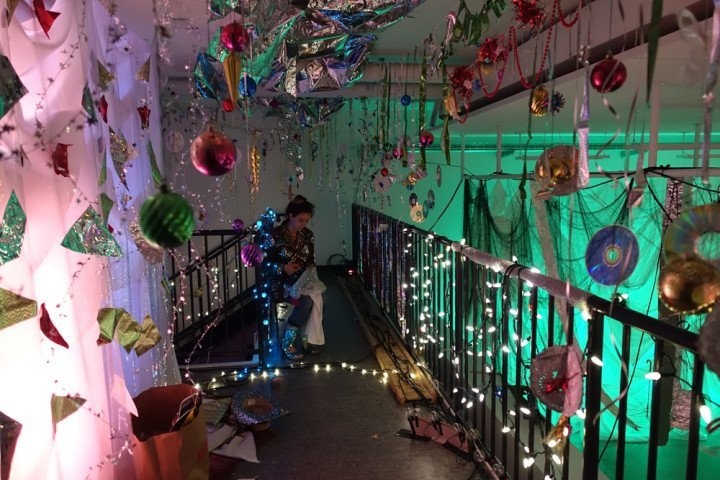 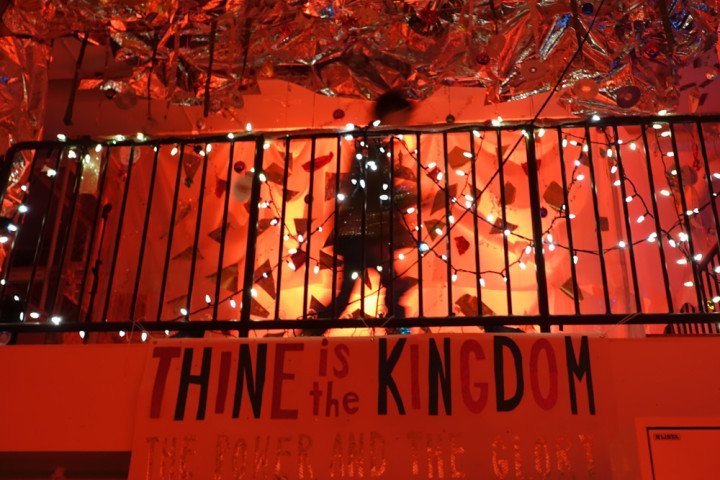 Along with this shift of turning the process into a game, the structure of the piece also got a major re-draft. The builders as a collective group were killed (though their scenes did make an appearance during our Vines Festival performance) in favour of returning the focus to the individual ensemble members and their respective creative endeavours that they had been developing since the beginning of this process. More attention was given to each person’s efforts of transforming their territory, allowing these various processes to take up more space within the performance. Yet, I did not want to lose the narratives that each ensemble member had crafted alongside their spatial transformations. These narrative moments were worked into a continuous structure of building, so that amid this work, the audience receives brief revelations into the builders’ worlds – their dreams, desires, and personal mythologies. 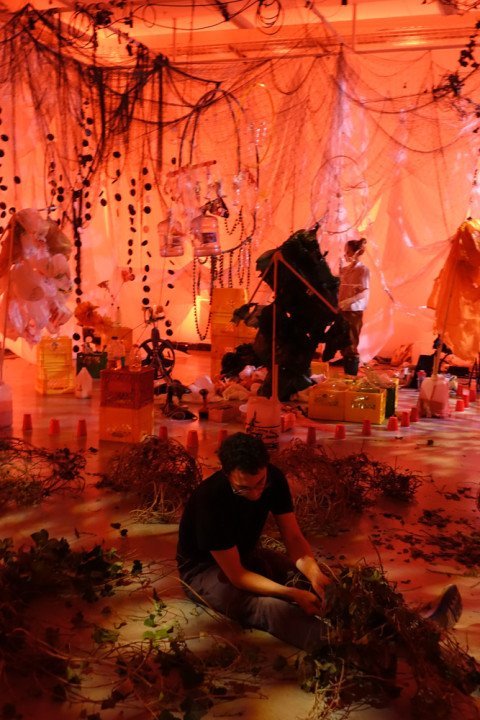 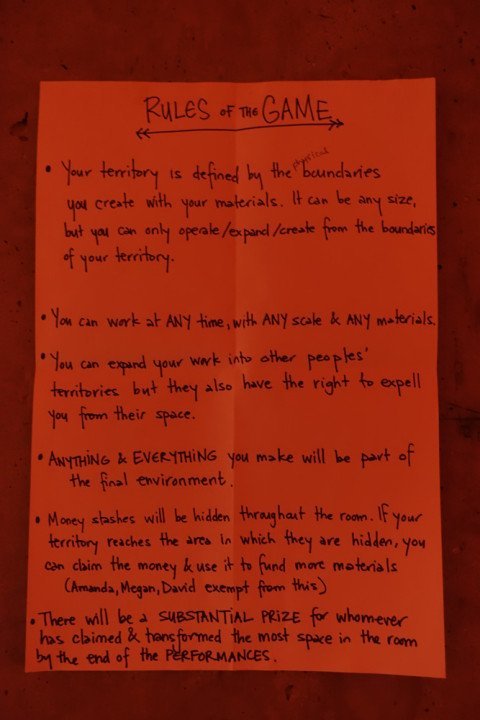 In our new space, the audience is able to move around and experience the environments as they are worked on by the four builders, observing them from different vantage points, both up close and at a distance.

The Builders has also gotten some great press in the past few days! This morning we were featured on North by Northwest, in a 15-minute interview with Robert and I. You can listen to it on the podcast from Sunday, Sept 5 (we’re at the 27 minute mark).

A preview piece was posted last week in the SFU Vancouver blog, a killer preview by Dillon Ramsey is now live on VANDOCUMENT, and we were featured in the Sun and Vancouver Magazine today.

Want to buy tickets for the show? (You probably should, cause our audience capacity is small and the shows are on the verge of selling out.) Click here: bit.ly/1PJhokz